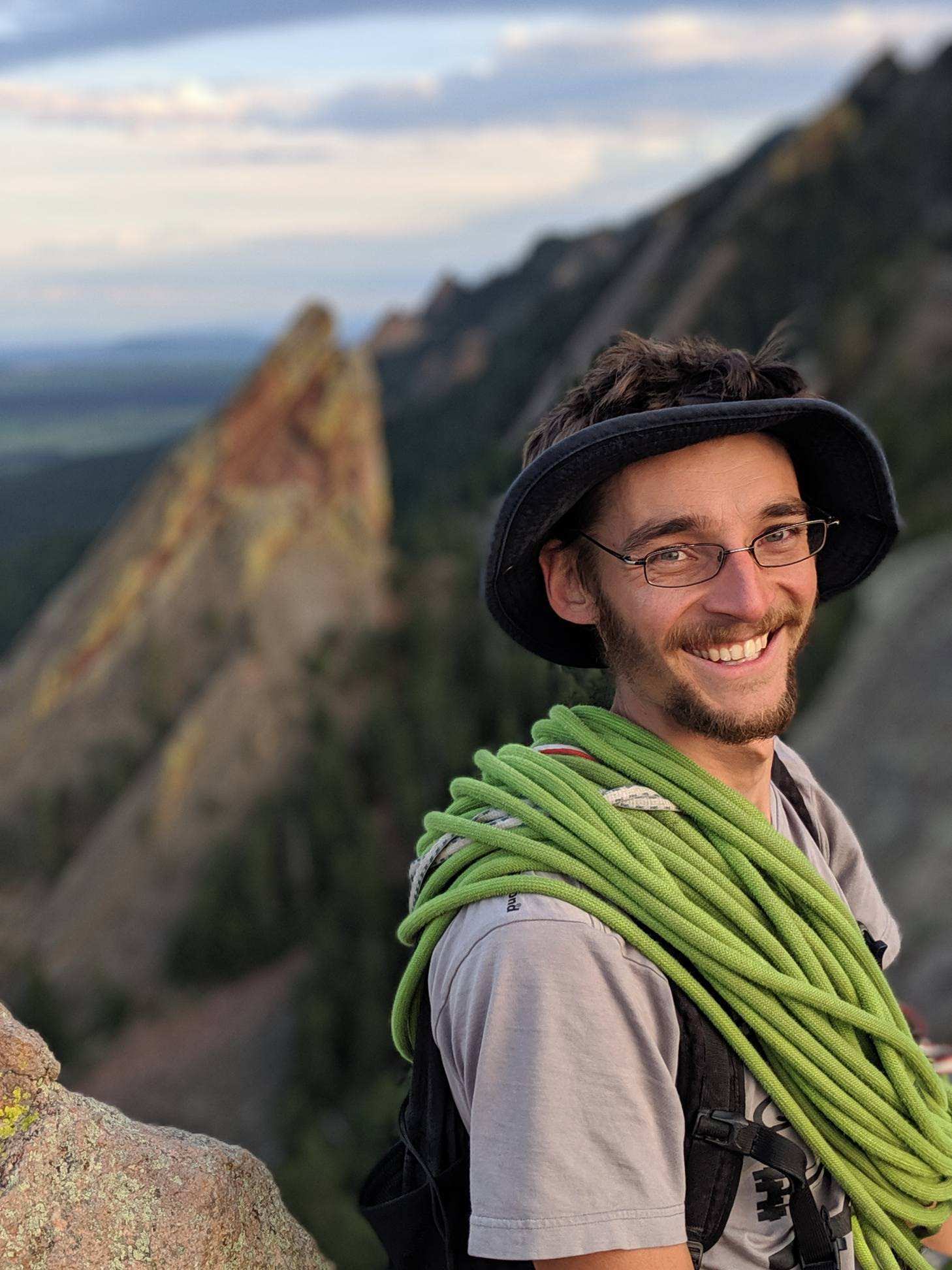 [This post describes the first section of The Mountain Training School’s guide school program which included a 4-day trek through Cerro Castillo National Reserve and an 11-day trek traversing the Exploradores, San Valentin, Fiero, and Leones Valleys. Both took place in Chilean Patagonia during the month of February]

Merely two hours since leaving the simple comfort of the dusty, vintage American van we found ourselves off trail, clambering over half fallen trees and charging uphill through shrubs just big enough to slow us down.  We had made a wrong turn one hour before and instead of certain backtracking we chose a direct path through untrodden landscape to rejoin our trail and continue making relative forward progress. This was the very first day in a two year program to turn the seven of us into bearded, battered, calm, cool, omniscient mountain guides. Morale was high, and how couldn’t it be; here we were following our dreams. After years of preparation and despite all the distractions, we find ourselves feeling in place and on track. And yet, we were off track. Our ideal of a direct bushwhack to success turned into a 6.5 hour loop to nearly where we had started. Our high spirits were tested against the giant sign that pointed in the right direction, the sign some of us wished we hadn’t ignored thousands of calories ago. We were half a day behind, and would stay that way.

What was meant to be an introductory, 4 day, on-trial trot through Cerro Castillo National Reserve became more of a “learning experience” than anticipated. We were challenged physically, mentally, and emotionally. We spent the next few days nagged by our naïveté in that second hour, unable to stomp the lost time out of the tragically comical “trail”. I wouldn’t have had it any other way. Despite the hit to our egos when we were forced to shorten our route, we had learned a ridiculous amount in those first days, namely, what we had gotten ourselves into. Wet, windy weather, tricky route finding, dense bushwhacking, and tough decision making couldn’t shake our resolve. My course mates, a week ago strangers, were as thirsty for more as I was. Appetite whetted, yet unquenched, we returned to the solace of the van: we find its impermeable roof, foam seats, and high speeds instantly gratifying.

After a mostly hot shower, a night’s sleep, and packing much more equipment, we were back at it for phase two of our backpacking section. This was the meat of it; an 11 day journey carrying 70+lb packs, traversing large glaciers, crossing deep rivers, paddling glacial lakes, climbing overhanging ice, bushwhacking, and pioneering a new route. I found myself anxious to ditch the van after the never ending drive. We hiked in a few hours our first evening and got a feel for our packs. For each exciting activity we would be doing we had an equally depressing amount of weight. Ice axes, pack rafts, ropes, harnesses, carabiners, crampons, helmets. Not to mention the heaviest item: food.

In the process of conquering our newest challenges, we grew as a team. Strengths and weaknesses were realized, mistakes were made only once, skills were honed, senses sharpened, minds and bodies focused only on what mattered. Without a trail to lose, we made it too our intended camp each night. No small victory. We took turns leading each day, finding the mental challenge greater than the physical. Trying to find the “grandma line” across a rolling sea of ice, through a wasteland of jagged rock, and up a wall of loose earth all while going the right direction, keeping time, communicating with the group, hydrating, eating, and staying upright, proved draining.

Our final days were most challenging. We left the usual route done by previous guide school groups and spent a day struggling to follow the tracks of a lone horsemen, committing to a potential dead end in the process. That night, after scouting the next day’s route across a navel deep, nipple perking river, along steep, dense terrain to a seemingly impassable bluff that rose perpendicular to the milky glacial lake, we considered our options. We could A) backtrack the hell of a day we just completed, climbing hundreds of meters of steep mud and rejoining the regular route, or B) hope for favorable winds and current, shuttle ourselves around the bluff using our two rafts, and hopefully find easier terrain to the promised land on the other side.

The decision was oddly similar to the one we made on that very first day. Had we learned anything from that 6.5 hour slog? Should we go with the sure thing, adding a day to our trip, straining our food supply and physical strength? Or take the chance that the unknown three kilometers will be passable and the wind calm, knowing that turning back would stretch our resources even more? We chose option B. Whether our personalities disallow a step backwards or force steps into the unknown I can’t say. Perhaps we were simply disgusted by the idea of so much added effort in exchange for security.

The next night found us fast asleep, ignorant of the uneven ground beneath us. On the other side of that first bluff we didn’t find easy terrain to the promised land. Instead we met another bluff, an avalanche of car sized boulders, dense thickets of heavily thorned, sweetly berried, Calafate plants, and swarms of angry wasps (none of us even knew there were wasps in Patagonia). We ended the day with a strenuous hanging traverse across 40 feet of wire (called a Tyrolean Traverse) over the rushing outlet of the lake we had been circumnavigating. All that mattered was that we had made it to known ground. We wouldn’t have to backtrack after all. Our 300 meter per hour pace is testament to the challenges we fought through.

The next morning we found a massive trail on flat ground and raced along it 11 kilometers back to our old friend the van, completing our journey a day early. The pure adventure of the day before was lost on the unmistakable trail. The comfort of fast and easy travel gave way to deadly monotony as we put one foot in front of the other without a thought. I’m reminded of the trodden path through college, each day the same as the last, no challenge but tedium. At least this trail is taking me where I want to go and for that reason, I’ll follow it.

PrevPreviousBook Review: The Education of Millionaires by Michael Ellsberg
NextHow to get started in the sport of rock climbingNext